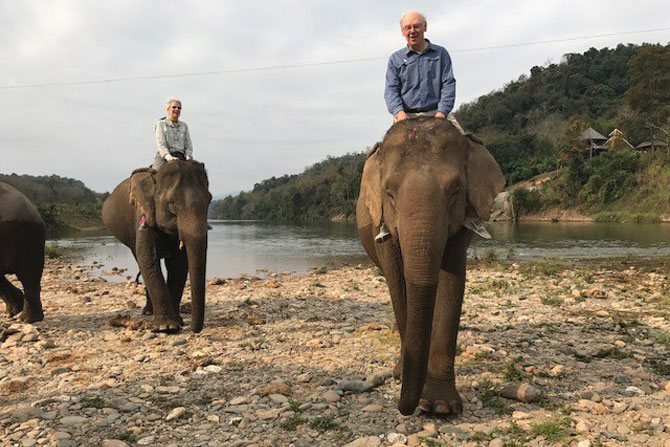 By The Nebrasks Society of Certified Public Accountants

George Behringer received his Nebraska CPA certificate in 1980 and has been a member of the Nebraska Society of CPAs for 41 years. We recently had the opportunity to zoom with George and wanted to share his story with you.

Q: What led you to become a CPA and where did you get your start in the profession?

A: I grew up in a family that owned and operated a small business in Erie, Pa. The business was started by my grandfather in 1911. In the late 1950s, my dad and my grandmother taught me how to process the weekly payroll for the eight to 12 employees. I was 14 at the time, and I continued preparing payroll and invoices and paying bills every week for seven years. My younger brothers continue to own and operate Standard Pattern Works in Erie.

While attending Gannon College in Erie, I also worked as an accountant at a truck stop. In both jobs, I was impressed by the way my dad and the owners of the truck stop would always follow the advice of the CPAs.

While in college, two of my classes were taught by adjunct professors who had their own CPA practices. They encouraged their students to interview with the Big 8 accounting firms. I received offers from seven of the eight and in 1966 selected the Lybrand, Ross Bros. & Montgomery office in Pittsburgh. After 10 years, I became a Coopers & Lybrand partner. In 1980, my family moved to Omaha, and I became the managing partner of the Nebraska practice in 1987.

In 1998, our three children had finished their undergraduate degrees, so my wife Nancy and I pursued an international assignment with PwC. After performing my due diligence, I accepted a four-year assignment in Riyadh, Saudi Arabia. PwC had just acquired a local CPA firm that previously was owned by another international firm in Saudi Arabia.

During my four years, I was responsible for risk management matters (signing off on all new client acceptances in eight Middle East countries) and quality control reviews of audit practices in the eight countries. We also enjoyed getting our family together for vacations in Australia and a safari in Africa. We came back to Nebraska twice each year. After completing my four years, I recruited a replacement PwC partner who was in the Saudi practice for the next seven years. I retired as an active partner in 2002, nine months after 9/11.

A: After being appointed Honorary Consul General of Japan in Nebraska in 2010, I searched for existing relationships between Japan and Nebraska, gathering information from the Japanese Consulate in Chicago, Nebraska Department of Economic Development, and the Japanese Saturday School conducted in Omaha for children in Kindergarten through 10th grade. Most of the parents at the school are Japanese nationals working in Nebraska and western Iowa. I became a member of the Omaha Sister Cities Association (OSCA), which includes the sister city in Shizuoka, Japan, and have accompanied Governor Pete Ricketts on two trade missions to Japan. In 2015, I was chairman of the planning committee for the 50th anniversary of the sister city relationship between Omaha and Shizuoka, which is described in more detail below. In 2013, Marubeni and NTT purchased two companies in Omaha for $2.7 billion and Jun Kaneko helped us welcome the new Japanese expats moving to Omaha. I’ve worked with a sister city group in Hastings and assisted with a 1928 Japanese Hall restoration in the Scottsbluff/Gering area. Japan is the largest foreign direct investor in Nebraska and Japan is Nebraska’s No. 1 export market outside of North America.

Q: What do you consider to be your greatest accomplishment?

A: In 2012, the Omaha Sister Cities Association (OSCA) asked me to form a committee to celebrate and commemorate the 50th anniversary in 2015 of OCSA and its sister city relationship with Shizuoka, Japan. At the time, I was the Honorary Consul General of Japan in Nebraska. OSCA now has six sister cities and we hope a seventh will soon be approved.

Eight other members joined me on the planning committee and we started planning events and raising funds to commemorate and celebrate the 50th anniversary in 2015. The events in Omaha included a joint concert performed at the Holland Center by the Omaha Symphony and the Shizuoka Philharmonic orchestras. After just one rehearsal, the orchestras blended their performances together to a full house.

While 80 Shizuoka guests were in Omaha, we hosted them to a banquet attended by 450 people. In addition to the concert, the Shizuoka delegation gifted to Omaha a Japanese Tea House that was built in Japan and reassembled at the Japanese Park at the Lauritzen Gardens botanical center.

I led a 60-member delegation to Japan to celebrate the 50th anniversary in Shizuoka, where we attended dinners and tours hosted by locals. OSCA gifted a Jun Kaneko ceramic sculpture to the Shizuoka Zoo while we were there.

OSCA received a special commendation from the Japanese Ministry of Foreign Affairs for the events and activities during the 50th anniversary. 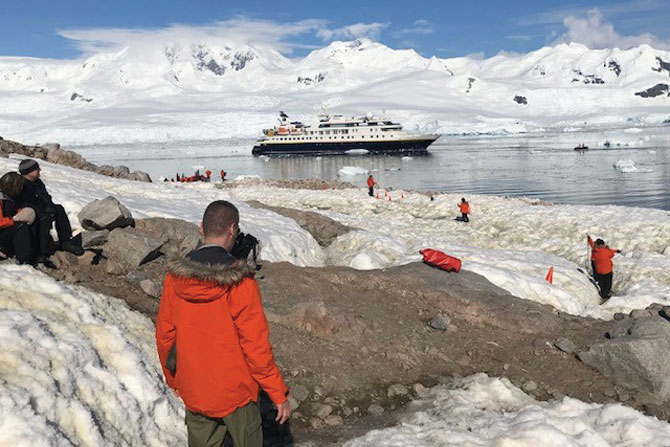 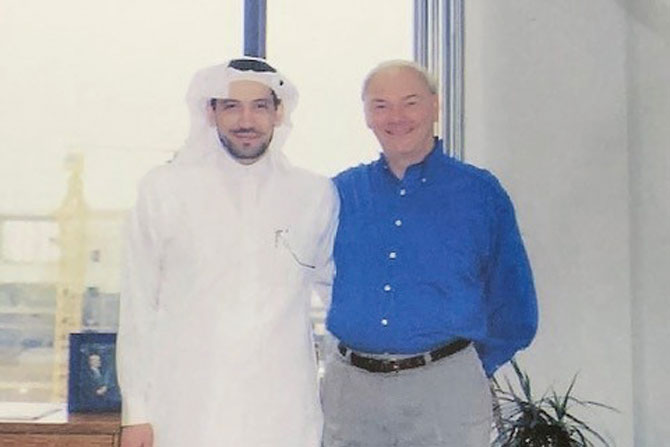 Q: Tell us about your experience of living and working in a foreign country.

A: Nancy and I have traveled to 59 countries on all seven continents, including my four-year assignment from 1998 to 2002 as a CPA in Riyadh, Saudi Arabia. The managing partner of the Saudi practice was Sami Al Sarraj, who went to college in America and was married to an American. I worked with CPAs and Chartered Accountants from Britain, Pakistan, Australia, and Saudi. All of our services were performed in English and then translated into Arabic for governmental and tax filings. We attracted and retained capable Saudi CPAs, who were all members of the Saudi Organization of CPAs (SOCPA).

The Capital Markets in Saudi required joint audits of publicly held companies. This called for much collaboration between the auditors, and resulted in effective audits, but were more costly for the registrants.

We lived in a three-bedroom villa on a Western compound called Arizona Golf Resort. It had one of only two grass golf courses in Saudi at the time. We were part of a golf group of 15-20 couples who traveled to other Arabian cities like Doha, Dubai, and Abu Dhabi for long golf weekends. To this day, we continue to travel with friends from Toronto and London. The experiences we shared created lasting friendships.

The weekends in Islamic countries are on Thursdays and Fridays rather than Saturdays and Sundays. My assistant’s name was Haque; he was a Bangladeshi national working in Saudi. As practicing Muslims, our staff and clients would stop whatever they were doing for the five prayer calls a day. During work hours, they would go to a nearby mosque or say their prayers on a prayer rug in their office facing the Holy City of Mecca. Meetings with client executives could start at 10:00 or 11:00 at night. This meeting schedule resulted from when the Saudis lived in the desert and had a Bedouin lifestyle two to three generations ago.

Living in an Islamic culture was challenging, yet fun at the same time. One learns to adapt to the culture. It’s been 18 years since we lived in Riyadh and perhaps some of the cultural norms are gradually changing.

Q: What advice do you have for young CPAs?

A: As Warren Buffett said, “By far the best investment you can make is in yourself.” That means investing in your education and development. CPA firms have as much interest in your career development as you do. You are the service component of the deliverables to clients. While you are developing your personal skills, you’re exploring and observing many different organizations and management styles. It can open many doors for future employment opportunities.

My advice for young CPAs: Challenge yourself to take on more client responsibility, volunteer to become active by seeking leadership opportunities in community activities and business organizations. Your self-development will increase as you focus on client assignments while members of the CPA firm will observe your eagerness to take on more responsibility. As you develop your technical skills, people skills, and presentation skills, you will be recognized as a young professional by your firm, your clients, and the business community.

By The Nebrasks Society of Certified Public Accountants 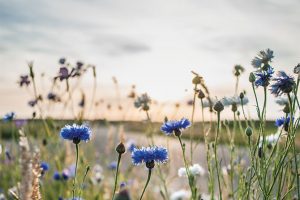 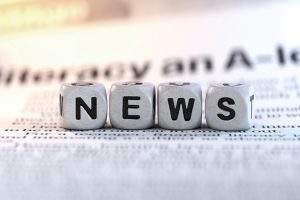 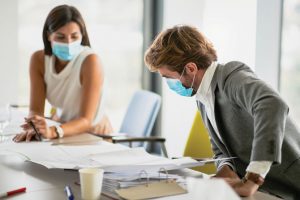